The true story of h 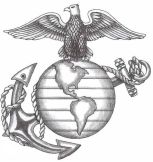 Bad noncommissioned officers are good for only one thing: they demonstrate to their juniors what not to do if they are ever promoted to corporal or sergeant.  I’ve suffered under a few bad NCOs, and about the only thing I could do about it, given the Uniform Code of Military Justice  (UCMJ), was to keep my mouth shut and resolve never to be like them.

I recall with not much fondness one of our sergeants, a guard section leader at the Marine Detachment.  Had George Baker not begun his cartoon strip titled Sad Sack during World War II, one might imagine that he modeled his character on Sergeant Montgomery, who truly was a sack — of something.

All of us snuffs could deal with Montgomery’s meanness; those of us who were unfortunate enough to end up in Montgomery’s section merely looked upon our assignment as just another bite from the cesspool sandwich of life.  But what irritated us most was not so much that he was dumber than a pile of rocks, but that the Detachment CO and guard officer thought Montgomery was an “ideal Marine.”  We were a squared away section, all right, but that had nothing to do with our section leader.  There were only two explanations for following Montgomery: the first was, as I mentioned earlier, that the UCMJ demanded it, and the second was idle curiosity.

In those days, it was difficult for a squared away corporal to achieve promotion to sergeant.  How Montgomery ever made corporal was the subject of several theories.  Our consensus was that even a blind squirrel can find a nut.

One Marine in our section was Private Mitchell — our most squared-away looking Marine.  The man’s appearance was impeccable.  He could have easily appeared on any Marine Corps recruiting poster.  He was film-star handsome, polite to everyone, personable, exuded genuine friendliness to almost everyone, and he was funnier than hell.  Well, I suppose I should say that Mitchell was polite to everyone except Montgomery, whom he hated with unbridled passion.

Mitchell had another enviable attribute: the most devious mind of anyone I have ever met.  For instance, realizing how important annual rifle re-qualification was to our CO (because he constantly reminded us of it), Mitchell intentionally went “unqualified” by a single point — for no other reason than to put Montgomery at odds with the CO.  Private Mitchell was an expert rifleman.  He also didn’t care what the CO thought of him.  He had no intention of remaining in the Corps past the end of his enlistment (and accumulated “bad time”).  You see, Mitchell was one of those Marines who refused to accept a promotion to Private First Class because he didn’t want the added responsibility.  In any case, the college-educated Private Mitchell didn’t need the paltry sum of money the Marine Corps paid him because his father owned several radio stations.

The Marine Detachment had two missions.  We provided armed security for our compound, and we performed honors and ceremonies for a stream of visiting dignitaries.  We had several uniform combinations, from dress blue trousers and khaki shirts to modified dress blues, which is to say our dress blue blouses with white trousers.  We were always changing from one uniform into another.  When falling out for honors ceremonies, we carried M-1 Rifles with 18-inch chrome-plated bayonets.  We banged the butt of our rifles on the deck during close order drill performances as part of the manual of arms.  Except for our detachment armorer, everyone seemed to enjoy hearing the banging sound.

Early one morning, word came down that we would be performing an honor guard ceremony for the Vice President of the United States, who at the time was the Honorable Hubert H. Humphrey.  We dressed in our dazzling uniforms, fell out for inspection, drew our weapons, and boarded a US Navy bus over to the Naval Air Station.  During the 30 or so minute ride, Montgomery offered one surly comment after another about how worthless we were; we were an embarrassment to the Marine Corps, to our Commanding Officer, to him personally, and of course, none of us would ever make it to corporal because he’d make damn sure that never happened.  Most of us accepted his abuse in silence.  Private Mitchell laughed.

Then there we were — standing in formation, two platoons organized according to height … the color guard placed in the center.  Sergeant Montgomery, because of his height, was the second or third man in the first rank.  Private Mitchell stood three men down the rank from Montgomery.

This is essentially what happened — except in the case of Sergeant Montgomery, whose bayonet was not properly seated.  As the Vice President was making his way toward the honor guard commander, our Commanding Officer, he executed an about-face and ordered “Present Arms.”  Every Marine was standing at the position of “order arms” (their rifles resting on the deck next to their right foot), their right hand grasping the forward edge of the barrel guard.  We smartly lifted our rifles off the deck to execute the movement, bringing it front and center of our body.  It is a two-count movement, snap and pop.  But then, at that very instant, Sergeant Montgomery’s bayonet went sailing through the air, struck Private Mitchell on his right cheek, and fell to the deck with a loud clatter.

Some people claim that our Lord doesn’t have a sense of humor.  I disagree.

Private Mitchell’s immediate reaction was magnificent.  He screamed out in feigned pain (there was some blood, but not much) in character with any Hollywood production of world war combat and then collapsed to the ground next to Montgomery’s bayonet.  I’m not sure how impressed the Vice President of the United States was with Mitchell’s performance, but I can say with certitude that we snuffs were damned impressed.  The CO was impressed, as well, but in another vein.

Navy corpsmen whisked Mitchell off to the dispensary (he had a band-aid wound).  Later in the day, after all the ranting and raving ceased (CO, XO, First Sergeant, and Guard Chief), Sergeant Montgomery visited the CO at nonjudicial punishment and became a corporal once more.  Mitchell could not have been more pleased with himself.  The event still makes me laugh when I think about it.  But even as a corporal, Montgomery outranked Mitchell —as everyone did— and Corporal Montgomery made it known to Mitchell that his life would be hell from that point on.

Over the next several weeks, Private Mitchell ended up with every “shit detail” Corporal Montgomery could think of.  Mitchell didn’t seem to mind; “shit details” are what privates do for a living.  It was about 40 or so days after the bayonet fiasco that a package arrived addressed to the Commanding Officer, Marine Detachment.  Opening the package, the First Sergeant found an assemblage of documents that appeared to suggest, indeed prove, that Corporal Montgomery was simultaneously married to two women.  It was an amazing revelation because Montgomery was an unlovely person.  A fact-finding investigation conducted by the executive officer determined that wife number two knew nothing about wife number one, living “back home” in Kentucky.  She was no doubt surprised to learn about wife number two, with whom Montgomery cohabitated locally.  The Commanding Officer referred Corporal Montgomery to a special court-martial.  The court found Montgomery “guilty as charged” (bigamy, making false official statements, defrauding the government) and reduced him to Private.  The court also sent Montgomery to the Camp Allen Brig for a few months.

Mitchell could not have been happier.  With Montgomery’s reduction to private, Mitchell outranked him.

My friend in the administrative section confided to me over a beer or two, or three, at the local slop-chute, that he thought the envelope’s handwriting resembled Mitchell’s.  He told me he compared the writing on the envelope with Mitchell’s service record book (SRB).  Now personally, I liked the idea that Mitchell was clever enough to uncover Montgomery’s perfidy. Still, I concluded that maybe my buddy in “admin” was full of … er, making up the story.  What did I know?  Nothing, actually — but we snuffs lived for rumor and innuendo.

7 thoughts on “Fall from Grace”