An excerpt: Bonnie-Sue: A Marine Helicopter Squadron in Vietnam by Marion F. Sturkey [1] 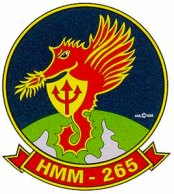 “When the Marines charged into Helicopter Valley, their world changed forever. For the helicopter crews, days became a nonstop ballet of troop lifts, strikes and assaults, Recon inserts, resupply missions, and medevac flights to recover the dead and wounded. Nights were a time to regroup, rest, service the helicopters, and prepare for the next day of combat flying. For the Marines who battled the NVA, the world ceased to exist beyond the confines of northern One Corps, the northernmost military region of Vietnam …

“Near the DMZ on July 24, the Grunts began a two-day assault on Hill 362. The NVA and the Marine Grunts fought savagely and brutally on the steep promontory on the northeastern slop of Don Ha Mountain about five miles west of Cam Lo. During the struggle, a young Lance Corporal, Richard A. Pittman[2], earned his place in Marine Corps history books. After being driven off the hill, the NVA pulled back to regroup. The larger NVA units melted away toward the DMZ to the north or into wild and inaccessible jungle to the west.

“Now the Marine Command concentrated on locating and eliminating the smaller enemy units left behind. For the helicopter crews the daily routine changed little. Our H-46 was a flying truck, and we used it to keep the Grunts supplied with the necessities of warfare. The days rolled by and the only things that changed were the LZ coordinates. On paper, Operation Hastings officially ended on August 3, 1966. The North Vietnamese 324-B Division had been bloodied and thwarted by the surprise Marine offensive.

“However, ominous intelligence revealed that two more NVA divisions, the 304th and the 341st were massing on the edge of the DMZ. So as Operation Hastings ended, Task Force Delta set into motion a new plan that very day: Operation Prairie. In fact, nothing had changed except the name.

“I started keeping a diary in a hardbound Federal Supply Service ledger-book. This practice was officially forbidden, since any diaries that might fall into NVA hands could provide the enemy with valuable intelligence. Still, the prohibition was unofficially overlooked, so I took pen in hand and made my first rambling diary entry:

“5 August 1966, Friday: Very little activity today; most of our few hops were test hops. I got Huey Walsh to sign for all of the tools in the metal & Hydraulics shops. Captain Dooley took custody of the TBA gear …

“From somewhere in my schoolboy background, I had always remembered the infamous retort of Adolf Hitler: “Who says I am not under the special protection of God?” As for myself, I had never believed that I enjoyed Divine Protection. Still, I naively considered myself to be immune to the perils of warfare. Youth and ignorance usually walk hand-in-hand. However, perhaps I simply placed innocent faith in the spiritual assurance found in the Book of Psalms, Chapter 91, verses 5 through 7:

“(5) Thou shalt not be afraid for the terror by night; nor for the arrow that flieth by day; (6) Nor for the pestilence that walketh in darkness; nor the destruction that wasteth at noonday. (7) A thousand shall fall at thy side, and then thousand at they right hand; but it shall not come nigh to thee.

“Not having clairvoyant power, I had no way to know that I would only get to make one more handwritten entry in my new diary. The Odds, every civil or military pilot’s nemesis, were about to catch up with me. My good luck was about to run out. I had no way to know it in advance, but I would draw a frag for an emergency night medevac into Razorback Valley on August 8. It would prove to be the longest night in my life.”

Bonnie-Sue: A Marine Corps Helicopter Squadron in Vietnam is an exciting chronicle of the Vietnam War, and one I highly recommend to anyone interested in the history of America’s engagement in the Vietnam War. You can order this book through a reputable bookseller.

[1] Marion Sturkey enlisted in the U. S. Marine Corps in 1961, receiving his boot training at Parris Island, South Carolina. Three years later, the Marine Corps selected Corporal Sturkey for flight training and subsequently was designated a Naval Aviator in April 1965. His first assignment led him to HMM-265, the first Marine Corps squadron to fly the new Boeing H-46 helicopters. In May 1966, the Bonnie Sue Squadron arrived in Vietnam.

[2] (Then) Lance Corporal Richard A. Pittman received the MEDAL OF HONOR for conspicuous gallantry and intrepidity at the risk of his life above and beyond the call of duty while serving with Company I, Third Battalion, 5th Marines.