The Battle of Guadalcanal in the Solomon Islands during World War II was not a single battle or engagement. It is better referred to as the Guadalcanal Campaign because military operations there lasted a grueling six months, from the initial landings on 7 August 1942 to 9 February 1943. The initial landings took place in the southern Solomon Islands, involving Guadalcanal, Tulagi, and the Florida Islands of Gavutu and Tanambogo. The mission was to drive the Japanese out of the Solomon Islands, thereby protecting the US Naval Fleet in the Pacific and Eastern Australia. The campaign involved the following battles: 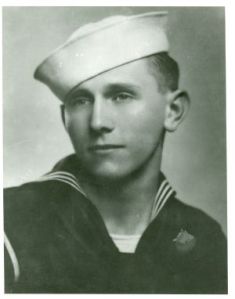 It was under these circumstances that Signalman First Class Douglas Albert Munro, USCG found himself as part of the invasion of Guadalcanal in August and September 1942. Petty Officer Munro is the only member of the United States Coast Guard to have received the Medal of Honor, posthumously awarded in recognition of his courage under fire on 27 September 1942.

The Battle of Matanikau involved two separate actions; one in September-October 1942, and a second engagement between 6-9 October 1942. The Matanikau River area on Guadalcanal included a peninsula called Point Cruz where the village of Kokumbona was located and a series of ridgesand revines stretching inland from the coast. Japanese forces used this area to regroup from attacks against US forces and as a jumping point to launch further attacks against US defensive positions at Henderson Field. In the first engagements, elements of three Marine battalions attacked Japanese troop concentrations at several points around the Matanikau River. These assaults were intended to “mop up” Japanese stragglers retreating toward Matanikau from the recently concluded Battle of Edson’s Ridge. At one stage in the operation, three infantry companies of Marines found themselves surrounded by a superior number of Japanese forces and, having sustained heavy loses, were forced to withdraw.

During this battle, Petty Officer Munro commanded five landing craft, called Higgins Boats. After landing the Marines, the landing craft withdrew from the beach and waited off shore for further instructions. During this time, Munro became aware of the fact that the situation on the beach was critical for the Marines and it would be necessary to evacuate the Marines immediately. Munro brought his boats to shore under heavy enemy fire, and the proceded to evacuate the Marines from the beach. When most of the Marines were in the boats, coplications arose in evacuating the last of the men, whom Munro realized could be in the greatest danger. He placed himself and his landing craft so that they would serve as “cover” for the last men to leave the beach. One of these last Marines evacuated was Lieutenant Colonel Lewis B. “Chesty” Puller, USMC.

It was thus that Petty Officer First Class Munro was fatally wounded.

“For extraordinary heroism and conspicuous gallantry in action above and beyond the call of duty as Officer-in-Charge of a group of Higgins Boats engaged in the evacuation of a Battalion of Marines trapped by enemy Japanese forces at Point Cruz, Guadalcanal, on September 27, 1942. After making preliminary plans for the evacuation of nearly 500 beleaguered Marines, Munro, under constant risk of his life, daringly led five of his small craft toward the shore. As he closed the beach, he signaled the others to land, and then in order to draw the enemy’s fire and protect the heavily loaded boats, he valiantly placed his craft with its two small guns as a shield between the beachhead and the Japanese. When the perilous task of evacuation was nearly completed, Munro was killed by enemy fire, but his crew, two of whom were wounded, carried on until the last boat had loaded and cleared the beach. By his outstanding leadership, expert planning, and dauntless devotion to duty, he and his courageous comrades undoubtedly saved the lives of many who otherwise would have perished. He gallantly gave up his life in defense of his country.”

Petty Officer Munro was awarded the Navy version of the Medal of Honor because at the time, he was serving as part of the Department of the Navy. A Coast Guard version of the Medal of Honor was authorized in 1963, but an actual medal has never been designed or minted. Petty Officer Munro is the only member of the Coast Guard to have been awarded this, our nation’s highest award.

He gave up his own life to save the lives of Marines —72 years ago tomorrow.