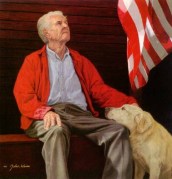 We can thank Tom Brokaw for the term, “Greatest generation.”  It first appeared in his 1988 book of that title, accompanied by his declaration, “It is, I believe, the greatest generation any society has ever produced.”  He is, of course, writing about Americans who grew up in the United States during the deprivation of the Great Depression, and then went on to fight in World War II.

I wonder, though … is this true?  What makes Mr. Brokaw the expert, to make such a determination?  He has no advanced degrees; he worked most of his life in television journalism, participating in three televised “news” programs with NBC.  He was, like Walter Cronkite, a newsreader.  Unlike Cronkite, Brokaw never buried himself in the carnage of combat journalism.  When other up and coming journalists went to cover the war in Southeast Asia, Tom Brokaw accepted a position with KNBC Los Angeles.

So once again, what makes Tom Brokaw the expert?  I am asking because it seems to me that there were other generations that we might regard as the greatest, and no one knocked on my door to ask me for my opinion. 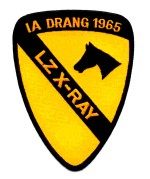 No surprise, Hollywood has picked up on Brokaw’s theme: the big money moguls such as Steven Spielberg and Tom Hanks … and it was used quite liberally in the hullaballoo leading up to the film Saving Private Ryan, a fictional story written by Robert Rodat and several books written by the plagiarist and fictionalist Stephen Ambrose.  Just for the sake of argument, contrast anything written by Ambrose or Rodat with the actual account of heroism under fire written by Joe Galloway and Lieutenant General Harold G. Moore (We Were Soldiers Once … and Young).

What is my point?

My point is that Tom Brokaw and others of his ilk offer an unforgivable insult to those fine Americans who fought in America’s other wars, both before and after World War II, by claiming that another group were the greatest generation.  Brokaw in effect has informed the young soldier of today that while having lost his or her legs, it was not enough to be regarded by Brokaw as part of this country’s greatest generation; and not only to the soldiers, but also to their mothers, fathers, sisters, brothers, wives, children, and sweethearts.  This pronouncement is, in my view, utterly profane and foolish.

My next question is for everyone else: why do those of us who claim to value the heroic service of our citizen warriors, both past and present, allow the likes of Tom Brokaw and Steven Spielberg —neither of whom ever served in uniform, to define the value of our veteran’s service to the United States of America?

26 thoughts on “American Warriors, Past and Present”