The ink on Japan’s instrument of surrender was barely dry when in the framework of the cold war began to manifest itself in the arrangement between the United States and the Soviet Union in their joint control of the Korean peninsula.  The Potsdam Conference (July-August 1945) had decided that the allies would unilaterally divide Korea—as part of the Roosevelt-Stalin plan to rule the world.  No one bothered to tell the Koreans this, of course.

On 8 September 1945, Lieutenant General John R. Hodge arrived in Inchon, Korea to accept the Japanese surrender south of the 38th parallel.  Hodge, having been appointed military governor, directly controlled South Korea as head of the U. S. Army Military Government in Korea (USAMGIK[1]).  Hodge’s methodology for restoring order and seizing control was to restore power to key Japanese colonial administrators and Korean police collaborators.  Voiding Korean sovereignty resulted in civil insurrections and guerrilla insurgencies.  No one has ever accused the American government of having much sense. 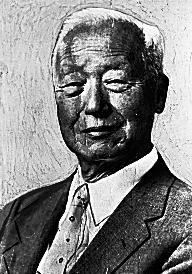 In April 1948, between 14,000 and 60,000 citizens were killed during an uprising by South Korean soldiers, but within a month South Korea held its first national general election.  The Soviets boycotted these elections (naturally), insisting that the United States honor the provisions of the Moscow Conference in March 1948.  Three months later, Korea held it’s parliamentary elections, producing a staunchly anti-communist government, led by a unfalteringly anti-communist dictator, Syngman Rhee.  Opposing Rhee was the North Korean shill, Kim Il-Sung.

In the first half of 1950, Kim Il-Sung traveled to Moscow on several occasions to confer with his masters about reunifying Korea by force, and so we have to say that the Soviet military was extensively involved in putting together a war plan on Kim’s behalf.  Indeed, from 1948 on, the Soviet Union began arming the North Korean army and training (advising) its key components.  Initially, Stalin did not think the time was right for an armed invasion of the southern peninsula; China was still fluttering in the aftermath of its civil war, and Stalin did not want the Soviet Union to become engaged in a war with the United States.  Nevertheless, in April 1950, permission was granted to launch an attack against the South Korean regime.

They pounced on 25 June 1950 and no one in the Truman administration had a clue.

Prior to the invasion, US Secretary of State Dean Acheson somehow managed to exclude Korea from the so-called Strategic Asian Defense Perimeter—a diplomatic guarantee to certain countries and regions in Asia for US military protection.  Truman, it seems, was far more concerned with the security of Europe than he was the Korean peninsula.  At least, this is how the North Koreans and the Soviets saw it.  In any case, on the morning of 25 June 1950, the ever-effeminate UN threatened to hit North Korea with its purse and the North Koreans laughed —as they should. 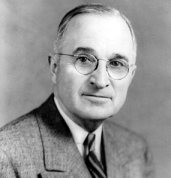 Meanwhile, following the end of World War II, Harry S. Truman[2] decided that the American people could no longer afford a military of any consequence, and so he began significant reductions to army, navy, and strategic air forces.  They called it “Defense Budget Economization.”  It gutted the United States military and created a rift between the Air Force and Navy referred to today as the Revolt of the Admirals.  Truman had no love for either the Navy or Marine Corps.

The effects of these cuts were substantial in the U. S. Marine Corps, which had been reduced from six divisions and five air wings at the peak of their World War II strength, to 3 of each in the post war period.  But it was far worse than that.  The 1st Marine Division at Camp Pendleton had only two regiments, rather than three.  Each regiment was reduced to two battalions, rather than three; each battalion reduced by one Line Company, and each company reduced to two rifle platoons and a weapons platoon.  Thus, the effect of North Korea’s invasion of South Korea on the morning of 25 June 1950 on the west coast Marines was significant.

Within a few hours of the North Korean attack, General Douglas MacArthur requested of the Joint Chiefs of Staff, the immediate assignment of a Marine Regimental Combat Team and a supporting air group.  The JCS would approve his request, but the Marines were going in to war on two-thirds rations: rather than having two regiments, it would have one regiment, one artillery battalion, one company of tanks, and an air group.  Even then it was a massive undertaking to staff a combat capable brigade.  Marines were ordered to Camp Pendleton from everywhere: “Proceed immediately.”  These Marines would form the First Marine Provisional Brigade.  It became known as “The Fire Brigade.”

According to Major Andrew Geer, USMC [3]”The undertone of tension was as tangible as the build-up of a summer electrical storm in Kansas.  To the young Marine there was a definite therapy just in seeing combat veterans going about the job of getting ready.  The hash marks and battle star on a ribbon suddenly became a badge of experience to lean on, to follow.”

Meanwhile, Marines from Hawaii to the East Coast of the United States began clamoring for assignment to combat duty, including one colonel of some renown known to all Marines as “Chesty.”  Assigned to command the brigade was a Marine Corps brigadier general by the name of Edward A. Craig, a distinguished officer who had served in both world wars.  Many of Craig’s key leaders, both officer and enlisted, were combat veterans from World War II.  This was a luxury denied to most Army units at the time, thanks to Truman’s incompetence. 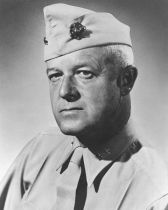 The 1st Provisional Marine Brigade was officially reactivated on 7 July 1950; it sailed for Korea seven days later.  When they hit the ground in Korea on 3 August 1950, they hit the ground running toward the guns.  Again, “Canteen” Truman and his hatchet man Louis Johnson had so gutted the military that U. S. Army forces in Korea were barely holding on against the onslaught of the North Korean attack.  In short order, the North Korean Army managed to push US Forces all the way south on the Korean peninsula to a place called Pusan —and then encircled it.

Upon arrival in Korea, Brigadier General Craig assembled his subordinate commanders.  He told them:

“The situation is serious.  With the forces available, it is obvious that the perimeter cannot be held in strength.  Eighth Army has adopted the plan of holding thinly and counter-attacking enemy penetrations to keep them off balance, to prevent them from launching a coordinated effort.

“At the moment, General Walker is undecided in what area we’re going to be used.  We may go north of Taegu and operate on the left flank of the 1st Cavalry Division, or we may go west to check an enemy advance along the Masan Road.  It all depends where the where the greatest threat develops.

“We are going into battle against a vicious, well-trained enemy in what will be an extended land campaign.  Unfortunately, we will have to forget the plan of an amphibious landing.  We will miss the vehicles we had to leave behind; much of our moving will be done on foot.  Therefore, we will leave all nonessential supplies and equipment in storage on the docks right here; we’ll carry with us two days rations and two units of fire[4].

General Craig studied the faces of his commanders carefully and then continued:

“The Pusan perimeter is like a weakened dike; the Army intends to use us to plug the holes as they open.  We’re a brigade —a fire brigade.  It will be costly fighting against a numerically superior enemy.  Marines have never lost a battle; this brigade will not be the first to establish such a precedent.  Prepare to move.”

At 2300 hours that very day, Marines began their march to Changwon.  The fire was started.  For the next months, until the 1st Marine Division was brought up to combat strength and shipped to Japan, and General MacArthur had formulated his plan for an unheard of amphibious landing at Inchon (perhaps the last place on the planet anyone should want to make an amphibious landing), 1st Brigade Marines would be thrown into one engagement after another along the Pusan salient.

The Pusan perimeter was an area extending 120 linear miles, consisting of mountains, plains, and rivers.  As the North Koreans forced the US Army to retreat, Eighth Army sent in Marines to recapture lost territory.  Once the Marines defeated the NKA, Army units would reoccupy the terrain, and the Marines redeployed elsewhere.  In some cases, Eighth Army directed the Marines to recover the same ground on multiple occasions.  Too many Marines were dying because Army units lacked the guts to hold on to captured territory.  The Marines were becoming irritated.

We cannot lie this at the feet of the average soldier.  Generally, he was an inexperienced young man who was poorly trained, poorly led, and poorly equipped.  His NCOs were inexperienced in war, the quality of company grade officers was wretched, and his senior officers lacked a warrior ethos.  These factors alone explain why the United States Army in Korea came very close to being destroyed by the North Korean Army.

In 30 days, the Marines of the 1st Provisional Brigade moved more than 350 miles to meet the enemy at critical points.  It was the beginning of bad feelings between Marine and Army units serving in the Korean War —a rancor that is still noticeable at VFW clubs  among those who experienced it first-hand.

[1] This illustrates why the military is famous for acronyms

[2] Harry Truman was barely qualified for enlisted service in the Missouri National Guard due to his poor eyesight.  Having served in an artillery battery between 1905-1911, he rejoined the unit in 1917.  His men elected him as an officer and he was subsequently commissioned a first lieutenant.  He was very popular with his men as the officer in charge of the battalion canteen.

[4] A unit of fire is the amount of ammunition a weapon will use in a day of battle.

3 thoughts on “The Fire Brigade”